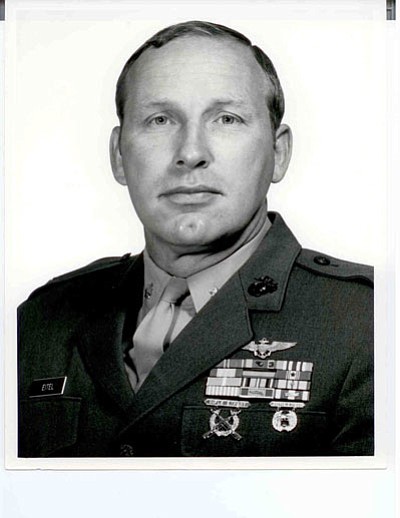 Born in Newark, N.J. on Sept. 17, 1930, Bob graduated from Irvington (N.J.) High School and attended Adelphi College in Garden City, N.Y., on an athletic scholarship. After a successful career as a naval aviator in the U.S. Marine Corps during which he served two tours in Vietnam and as a Marine One pilot, Bob retired as a Lt. Colonel in 1973. He taught Marine Corps ROTC at Jesuit High School in New Orleans until 1975, when he worked for Merrill Lynch in New Orleans, retiring in 1992 as a Vice President.

Services will be at Arlington National Cemetery with full military funeral honors in several months. In lieu of flowers, donations may be made in Bob's memory to the Wounded Warrior Project, Inc., either online or by mail to P.O. Box 758517, Topeka, KS 66675.