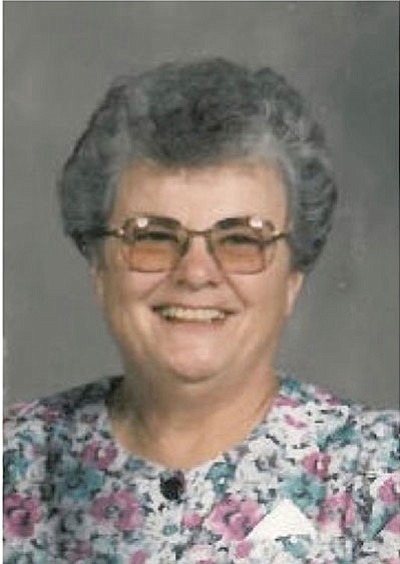 She grew up on her parent's farm near Watertown, S.D. Donna and her husband Gail were married April 5, 1941 and raised five children in Iowa, where she served her church teaching children, supporting missionaries, and serving others. Upon retirement in 1979, Donna and her husband moved to Prescott. She worked at Hardel's Health Food Store and volunteered at the Yavapai Regional Medical Center.

Donna is survived by her husband Gail of 72 years; daughter Linda and Rich Diehl of Sun Lakes Ariz.; son Richard and Dorothy Taken of Hot Springs Village, Ark.; son Steve and Mary Taken of Eunice, N.M.; and daughter Tammy and Gary Spruill of Peoria, Ariz.; 11 grandchildren; 18 great-grandchildren; five great-great grandchildren; and one brother. In addition to her parents and seven siblings, Donna was preceded in death by two daughters, Joan Marie Taken and Ruth Ann Schumaker, a grandson and a great-granddaughter.

The Sunrise Funeral Home was entrusted with her arrangements. Please visit www.sunrisefuneralhome.com to sign Donna's guestbook.