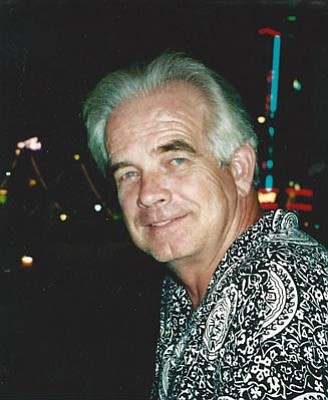 Stephen L. Moskal Sr. of Chino Valley, Ariz., passed away peacefully surrounded by his family at his home on July 22, 2013, at the age of 68.

Stephen is survived by his wife Verna; his son Stephen L. Moskal Jr.; his daughter and son-in-law Tracey (Moskal) and Robert Dashiell; his granddaughter Lydia Moskal; his sister Eileen Moskal-Quiros; his nephews, Tony and Jason Quiros; and great-niece Marissa Quiros.

Stephen was born in South Gate, Calif., on Aug. 16, 1944. He was raised in Daly City, Calif., by his loving aunt Mary and uncle Henry Kapakui. He attended Jefferson High School, then joined the USMC immediately after graduation. He served in the Vietnam War and received several medals. He attended Contra Costa College in Richmond, Calif., where he received a criminal law degree and management degree.

In 1978, he moved his family from Richmond, Calif., to Pollock Pines, Calif., so that his children would be raised in a safe place. He was employed as a heavy equipment operator with Cal-Trans, where he worked for 30 years. He retired in 2003 and moved to Chino Valley, where he built his dream home. He was passionate about gardening, especially garlic. He enjoyed traveling and was able to travel throughout the country with his wife. He loved National Parks and enjoyed exploring off-road trails.

His contagious smile and good sense of humor will be missed. He had a close relationship with Jesus Christ and spoke of the things God did for him throughout his life. "There were more than a thousand angels that came to get him."