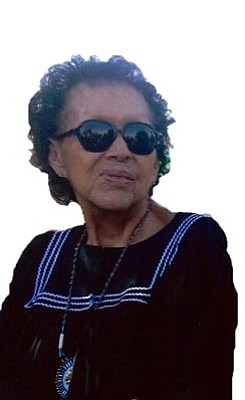 She was an enrolled member of the Yavapai-Prescott Indian Tribe of Arizona.

Eleanor graduated for the Phoenix Indian High School, Phoenix, Ariz. She also graduated from the Yavapai County Hospital's nurses training program, where she received a certificate as a licensed practical nurse (LPN). While working as an LPN for several years at the Yavapai County Hospital, she received various awards for her outstanding professional nursing care. A patient was so thankful that he named a street Doka Drive in her honor.

After retiring from Yavapai County Hospital, in 1982, she worked another 25 years for the Yavapai-Prescott Indian Tribe as the community heath representative until she became ill.

Eleanor received an associate of arts degree from Yavapai Prescott College in 1985. She was one of first Yavapai-Prescott Indian Tribal members to receive a college degree. Her accomplishment was an inspiration, not only to family, but to friends and co-workers as well.

She was always very proud of her children, grandchildren and great-grandchildren's academic achievements. She encouraged them to be the best in whatever they choose to be.

Eleanor was adamant when it came to traditions/culture, health and education to her family and tribal members. She served several terms on the Yavapai-Prescott Indian Tribal Board of Directors. She served on the Culture Committee. She narrated the audio recording on "How to make Yavapai Baskets" which is on display at the Sharlot Hall Museum. She was also a member of the group "Who's Who in America."