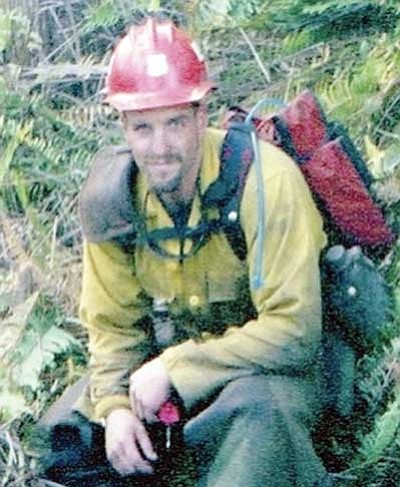 Jesse James Steed was born in Cottonwood, Arizona, to Claudia Federwisch. Jesse was the beloved husband of Desiree Steed and amazing father to Caden, 4, and Cambria, 3. Jesse is the second oldest of four siblings, Cassidy Steed, Levi Federwisch and Taunya Steed. He was grandson to Herman and Reaut Federwisch. Jesse was an amazing individual, husband, father and brother to all. His children and wife were the light of his life. He was a truly dedicated family man.

Jesse grew up in the Southwest calling the quad city area his home. After Jesse graduated from high school he joined the United States Marine Corps serving from 1996 until 2000. He joined the Forest Service in 2001 often saying it was the closest thing to military camaraderie that he could find in the civilian world.

He worked on the Prescott Hotshot, Helitack, and engine crews until he became a part of the Granite Mountain Hot Shots in 2009. He proudly served as Captain to his crew that he often referred to as a brotherhood.

Jesse enjoyed being outdoors hiking, running and biking. He had a need for speed whether it be on a street bike, dirt bike or sand rail. One of Jesse's favorite pastimes was going to Glamis sand dunes with his family and friends.

He loved spending time with his kids doing whatever they wanted to do. Children have always been drawn to our fun-loving, goofy Jesse. He was a big kid himself, often being called a teddy bear and a gentle giant. Jesse was always the life of the party making everyone laugh. He was the comedian of the group and loved making people happy.

Jesse had a way of making everyone around him feel like they were the most special person in his life. He would always greet and leave you with a rib crushing hug and never said goodbye to anyone without an "I love you."