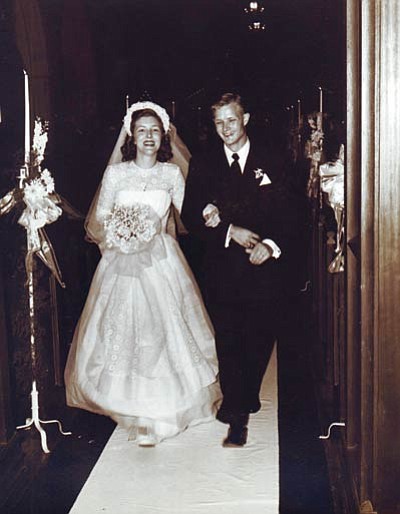 The 65th wedding anniversary of Julia Ann Day (née Dunham) and Richard Pascoe Day will be celebrated with a dinner and a party hosted by family and friends at their daughter and son-in-law's ranch in Prescott on July 8.

Julie and Dick graduated together from Colorado College. They were married in the UCLA Chapel, Westwood, Calif., on July 8, 1948, and made their home in California for many years before moving to Prescott in 1976. Dick is a retired nuclear physicist and Julie is an English professor, also retired. They raised three children, Melissa, Bill and Amy, and have eight grandchildren and 10 great-grandchildren.