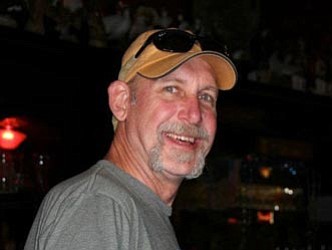 Gregory Ray Hull of Prescott, Ariz., died peacefully with his family by his side in Sun City West, Ariz., on June 29, 2013.

A memorial service will be July 3, 2013, at Lord of Life Lutheran Church. He will be cremated and laid to rest in Prescott, where he touched the lives of so many in the community.

Greg was born on May 25, 1955, in Peoria, Ill. He attended the University of Illinois in Champaign, Ill. He was preceded in death by his father, William, brothers Stephen and Michael, and cousins, Paula Shepard and Pam Goodman. He is survived by his mother, Della Hull of Sun City West; brother Bill (Marie) Hull of Okemos, Mich.; sister-in-law Cheryl Hull of Springfield, Ill.; nephews Matthew, Zachary, Adam and Alex; niece Kristen; and close family friend Nancy Neff of Hilton Head, S.C.

Greg moved from Naperville, Ill., to Prescott in 1998. He ran his own computer system consulting business, Tekton Inc., and was very active with the Prescott Alternative Transportation, serving as secretary of the board of directors and most recently as the Director of Bicycle Safety and administrator of their Safe Routes to School program. He was devoted to the community and worked to expand the Downtown Greenways trail system. He was certified as an instructor by the League of American Bicyclists. He also worked for the Art Department at The Raven Café.

Memorial contributions may be made in lieu of flowers to Prescott Alternative Transportation, P.O. Box 2122, Prescott, AZ 86302, or Hospice of America (Del E. Webb Inpatient Unit), 19820 North 7th Ave., Suite 130, Phoenix, AZ 85027. You may leave your condolences or share stories and photos of Greg at www.yourtribute.com.