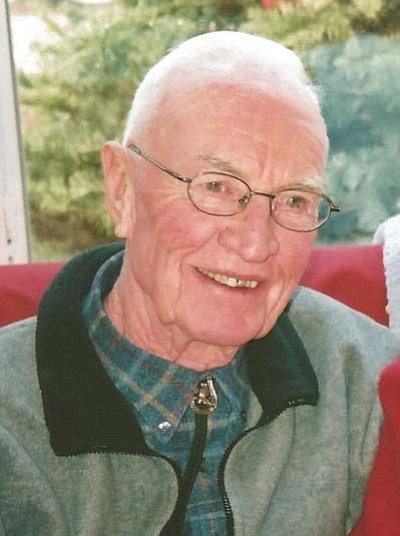 In 1930, the family moved to Phoenix, where Ceford opened a small grocery store on South Central Avenue. Ken quit school in the 8th grade to help support his family. In 1933, they moved to Prescott and opened a grocery store on South Montezuma. Kenneth was in the Air Force and then returned to Prescott, working at the Texaco station on South Montezuma, later owning it. He married Anna Theresa Kramer on Dec. 3, 1944, in Prescott. In 1958, Kenneth purchased the Juniper Court on East Gurley and built a Texaco station - Ken's Texaco - and a mobile home park. In 1968, the Juniper Court was replaced by the first 24 units of the Prescottonian Motel. Ken and Ann worked side by side in these enterprises. Ken was a Prescott councilman, a member of Civitan, and a member of First Lutheran Church.

The family would like to thank Hospice of the Valley, Gray (his wonderful nurse), Luxury Comfort Home - loving caretakers, Gabriela, Julia and Melinda.

Ken had a wonderful sense of humor and orneriness that everyone loved. We miss you already, but we know you are at peace. We will see you in heaven.

In lieu of flowers, please give donation to First Evangelical Lutheran Church, 231 W. Smoke Tree Lane, Prescott, AZ 86301. Viewing will be from noon to 1 p.m. Wednesday, July 3, 2013, at Hampton Funeral Home Chapel, 240 S. Cortez St., Prescott. The service for Ken will follow at 1 p.m. The interment will follow the service at Mountain View Cemetery, Prescott.