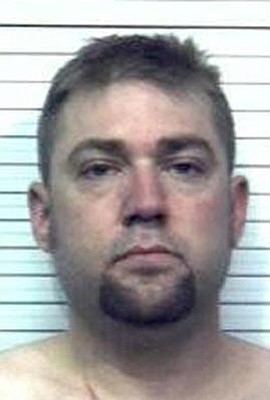 PRESCOTT - James Elliot Vinson on Tuesday pleaded guilty to charges related to the rape of his next-door neighbor in March 2012.

Vinson, 38, was indicted on two counts of sexual assault, as well as one count each of kidnapping, first-degree burglary, aggravated assault, and misconduct involving weapons after police said he tied up and raped his neighbor on Copper Basin Road in Prescott.

The victim called 911 after the assault, and when police arrived, they found her with duct tape over her eyes and her hands bound. She told police he had held a gun to her head while he raped her.

The woman, her husband and their child, had moved to the area a few weeks earlier, she told police, and she didn't know the man who assaulted her.

Vinson was caught on a surveillance camera at a nearby business a few minutes after the 911 call, and investigators later recovered his palm prints and DNA at the victim's home.

U.S. Marshals arrested Vinson about a week later at the home of an acquaintance in Lincoln, Mo.

Tuesday, Vinson pleaded guilty to sexual assault, burglary, kidnapping, and the weapons charge. He faces no less than 31.5 years in prison.

Superior Court Judge Celé Hancock will sentence him on Feb. 6.