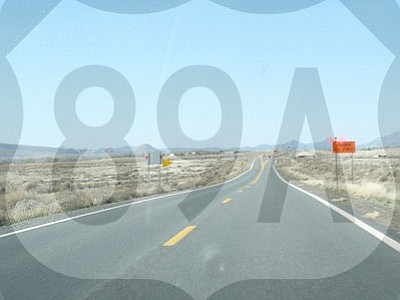 The Yavapai County Sheriff's office seeks information from people who saw an assault Friday, Feb. 16, on a woman along Highway 89A at milepost 321 near Glassford Hill Road in Prescott Valley. At 12:45 a.m., deputies were called in investigate an apparent assault after a 47-year-old woman told Prescott Valley Police officers that she was attacked and sexually assaulted by an unknown man after she stopped to check on the condition of a flat tire.

The woman could not provide any further details about the suspect.

The woman, who had lacerations on her hands and abdomen and injuries to her head and upper body, was treated for her injuries at Yavapai Regional Medical Center's east campus and released, YCSO spokesman Dwight D'Evelyn said.

Detectives from YCSO's Criminal Investigations Bureau recovered evidence from the scene and some items will be sent to a crime lab, D'Evelyn said.

"This (news release) was delayed as deputies and detectives investigated the circumstances and recovered evidence which, if released, could affect the investigation's outcome," D'Evelyn said.

YCSO would like to remind people to drive to a well-lit public area when your vehicle shows signs of becoming disabled. If that is not possible, lock yourself inside your vehicle and call a reputable roadside vehicle service business for help. If you sense a threat, remain inside your locked vehicle, and call 911 for help.