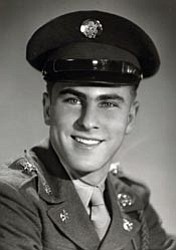 He attended schools in Waukegan and he proudly served in the U.S. Army during the Korean War era. Jack was a self-made, successful businessman starting his career at the North Chicago Post Office. He then worked for Luxor Corporation where Jack advanced to president of the company. During these years, he also owned a mail order business to help support his family of seven children. He was an active member of the Waukegan City Club for many years, an avid bowler on a league in North Chicago, and coached baseball for his sons' teams. Jack also had an enormous love for golf and was a member of the Glen Flora Country Club in Waukegan for many years where he served as president. In the early 70s, Jack purchased a second home in Fox Lake, Wis., to spend more time with his children. Jack loved the outdoors and especially walleye fishing with his kids. He also had a love for dogs, which he passed along to his family. He moved to California in 1985 to be closer to some of his children. He worked for Travelers Insurance before retiring in 1990. He then moved to a beautiful home in the Prescott Country Club in Dewey, Ariz., where he made numerous friends and played golf for many years.

Jack was very proud of his children's and grandchildren's accomplishments. He was an admirable man and everyone who met him became an instant friend. He will be missed by all who knew him.

Thank you to Dr. Morris and his staff, Fresenius Medical Care Prescott Valley Dialysis and the people at Good Samaritan Rehab Center. Donations in lieu of flowers may be made to Good Samaritan Hospice, 1065 Ruth St., Prescott, AZ 86301, The National Kidney Foundation (http://www.kidney.org) or Boys Town, http://www.boystown.org

Sunrise Funeral Home was entrusted with the arrangements.