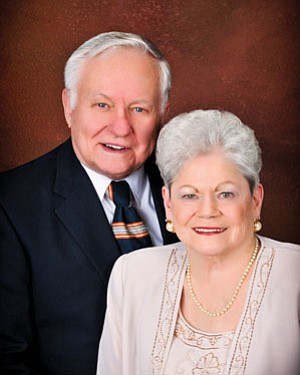 They were high school sweethearts and, in their senior year, eloped to Nuevo Laredo, Mexico, and married. They moved from Texas in 1955 to California where they lived until John retired in January 1992. They have one son and one grandson.