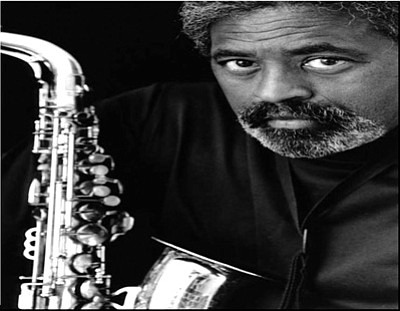 Dec. 7, 7 p.m. at Stage Too; Dec. 7, 1 p.m. at Prescott Valley Library; Dec. 8, 3 p.m. at the Chino Valley Adult Center: Prescott Center for the Arts Stage Too Readers Theatre presents Shtick, by Henry Myerson - Directed by Mary Timpany. Helen's life became complicated after her husband Murray's stroke and her sister Gladys' revelation, wanting to set the record straight, in case Murray should die, that she and Murray had been having an affair. Helen suspected Murray was no angel when she married him. While Helen might have been willing to adjust to Murray and his new stroke-induced limits, the stakes were raised and the game was changed by Gladys' admission of the affair. So now Helen is left on the horns of dilemma: How can she be a nurturing caretaker for a man who has deceived her? Tickets: $12 at pca-az.net.

Saturday, Dec. 14, 2 p.m. & 7:30 p.m. at Prescott Center for the Arts: PCA & Folk Sessions present "A Cowboy Christmas IV." Featuring Gail Steiger and acclaimed Western singer/songwriter Mary Kaye, this annual event celebrates the joy, music and humor of Christmas. We know about Mr. Steiger, but how about Mary Kaye, recently awarded the 2013 Western Album of the Year by the Western Music Association. Good times, no Grinches. Tickets: $20 at pc-az.net.

Sunday, Dec. 15, from 10 a.m. at the Hassayampa Inn & the Elks Opera House: The Prescott Jazz Society Super Ball Gala. Celebrating the rise of jazz in Prescott with a line-up including vocalists Robert Vann and Sherry Robertson, saxophonist Charles McPherson, and bassist Harrison Bankhead, the gala kicks off at 10 a.m. with a brunch at the Hassayampa featuring The Foster Oden Trio and vocalist Margo McKeon. The event then shifts to the Elks for a 1 p.m. show, a 3:30 p.m. meet-and-greet, a 5 p.m. show and a 7 p.m. dance party. Tickets: $70 - $140 at 928-237-7908 or pjazz.org.

Dec. 19, 20, 21, 7 p.m. & Dec. 21,22, 2 p.m. at Prescott Center for the Arts: "The Lion, The Witch and the Wardrobe." C.S. Lewis' classic, set in the land of Narnia, recreates tale of Aslan, the great lion, his struggle with the White Witch, and the adventures of four children who inadvertently wander from an old wardrobe into the exciting, never-to-be-forgotten Narnia. This story of love, faith, courage and giving, with its triumph of good over evil, is a true celebration of life. Dramatized By Joseph Robinette; Directed by Parker Anderson. Tickets: $10 at pca-az.net.