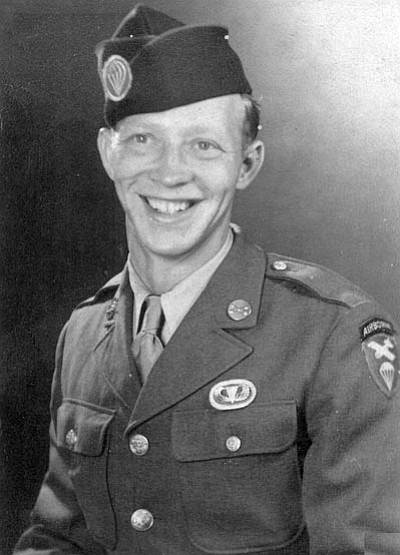 He served in World War II from 1942 to 1946 with the U.S. Army 17th Airborne, and in Europe with the 464th Parachute Field Artillery Battalion and as a paratrooper with the 82nd Airborne, making numerous jumps over Germany and France.

John was preceded in death by his son, Jim "Freal" Alexander. He is survived by his loving friend and companion of 23 years, Margaret Barber; the mother of his children, Zenith Zimmer; daughter Melody Buckley; sons Curt, Dave, and Hillary Alexander; numerous grandchildren, great-grandchildren, nieces and nephews.

There will be a graveside service with military honors 11 a.m. Monday, Aug. 19, 2013, at the Mountain View Cemetery, 1051 Willow Creek Road, Prescott.