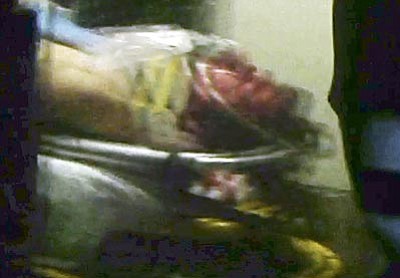 WATERTOWN, Mass. (AP) - Police say the 19-year-old suspect in the Boston Marathon bombings exchanged gunfire with law enforcement for an hour while holed up in a boat before being captured.

His brother, 26-year-old Tamerlan, was killed earlier Friday in a furious attempt to escape police.

The brothers are suspects in Monday's marathon bombings, which killed three people and wounded more than 180 others. The men are also suspected of killing a Massachusetts Institute of Technology police officer in his vehicle late Thursday.