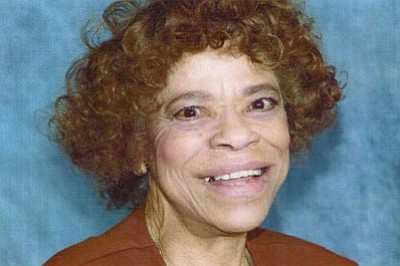 Julia worked for the Treasury Department in Chicago, Ill. She enlisted in the United States Air Force in 1958, and served our country for 20 years until her retirement in 1978. Her service took her all over the world. It was at Luke Air Force Base in Arizona where she met and married David Diener who was also in the Air Force at that time. They moved to Chino Valley, Ariz., in the early 1980s and divorced 10 years later.

Julia was a member of the Antelope Garden Club. She was a Charter member of the Chino Valley Library, which was then an all-volunteer library. She worked for the library for 21 years serving as an assistant librarian. She also served on the Senior Center board for many years in almost every executive capacity.

Julia was an avid reader. She loved crossword and jigsaw puzzles. She loved all the Arizona sports teams and followed them closely, and of course, she loved her gardening. She was also an animal lover, especially cats.

Julia is survived by one sister, Mary Ann Alexander Brinkley (William) of Glenwood, Ill., and numerous nieces, nephews and cousins.