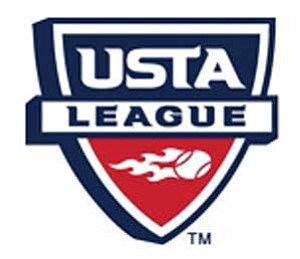 Rural Arizona may not be the hub of lots of USTA league play, but it's certainly expanding in numbers, much like the rest of the country.

With an increase of more than 60,000 participants in the wide variety of formats and ability levels that make up USTA league play, and more than 800,000 players in total, this world's largest recreational tennis league continues to be the glue that holds this sport together for the masses.

And with those increases come growing pains, and a few new changes will be taking place in 2013 to hopefully further the success of this program that began 32 years ago.

This new structure will introduce more representative groups that are determined by age.

"We feel the new age breaks will offer something for everyone and will increase player satisfaction, thereby positioning USTA League for continued growth in the years to come," said Kurt Kamperman, chief executive, community tennis director of the USTA.

The new leagues will be divided into just two divisions, Adult and Mixed, each with corresponding leagues.

The Adult Division will consist of 18 & over, 40 & over and 55 & over leagues, with a potential 65 & over league being considered for the future.

The Mixed Division will continue as 18 & over, with the potential to add a 40 & over league in the coming years.

The Adult 40 & over league will consist of two singles matches and three doubles matches, where previously it was only doubles.

If you are a beginning 2.5 or advanced 5.0 player, because there are fewer people to draw from, team play will consist of only one singles and two doubles teams of play. A new manageable position for those particular levels.

All play in leagues and divisions will continue to be NTRP ratings consisting of 3.0/3.5/4.0/4.5 ability levels. (2.5 level is what would be considered a beginning stage and 4.5 an advanced stage of play.)

Tri-level League competition will continue to be an 18 & over age group, with the unique and fun aspect of three doubles teams competing at a 3.5/4.0/4.5 level, to include separate leagues for men and women.

To compete in USTA leagues, each area (such as the Northern Arizona region) needs to have at least two teams sign up and play enough times to qualify each player with two matches of results which is noted as regional league matches. The winning team then advances to sectional competition. The winner of sectionals then has the opportunity to continue on to national competition.

To participate you need to be a USTA member (annual fees of $44 for adults/$20 Junior/$72 family), and then it costs approximately $23 to become a team member.

If you're not sure what level you are, visit USTA.com and look up what an NTRP rating is. At that site you can also enter your name and area in which you live, and a league coordinator will contact you with captains/league coordinators in your domain.

Personally I'm happy to go back to calling myself an "adult," not a senior or, worse yet, "super senior." But I don't understand why there's not an older age group that was put in place for the mixed division and adult 65 & over group now. Evidently the USTA didn't think the numbers would be there. Not sure I agree.

But with that said, these should be good changes and the growth of USTA Leagues should prosper, which is a great aspect for the competitive and social needs of the game of tennis. Time will tell.

Column: Mark your 2015 calendars for these local tennis events
Column: Your tennis game is ready for you to get your rating
Column: Come join in on the perfect tennis road trip
Column: Summer tennis in Prescott is here. Here's what to do.
Column: Take your pick of USTA league play options in 2015
Event Calendar