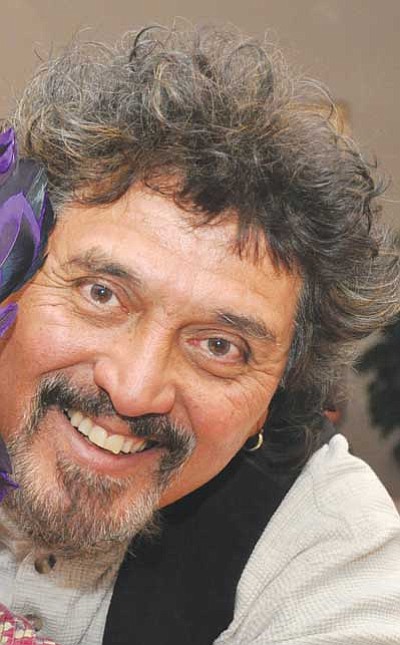 One of the main characters in Sandy Moss' non-fiction book The Terrible Loyalty will give a presentation on his sailing adventure across the Pacific Ocean at 6 p.m. on Thursday, Nov. 8, at the Prescott Valley Public Library, program room, second floor.

Moss, KPPV arts and entertainment director and wife of Mike "Shep" Shepard, published her book in July that describes the arduous journey of two friends who take off in 1992 on a Great Adventure to sail from southern California to Hawaii.

Not long after Moss met her future husband, he told her about the voyage and she thought, "What an incredible story. This has to be a book," she said this past month from her booth at the radio station.

Shepard had never sailed before, and his friend, Dave Chamberlain, had been out only once on the 20-foot sailboat christened The Mini. To celebrate their 40th birthdays, the two took off on May 2, 1992, to sail to Hawaii. This was the same year as the weather phenomenon El Nino, which caused weather disturbances nationwide, including The Perfect Storm that hit Massachusetts, Moss said.

The sailors lingered for several days in the doldrums, then hit an unexpected and life-threatening storm that took them off course and put their friendship at risk. They navigated with only a sextant and the stars, and by plan, did not stay in contact with family members during the voyage. They told their loved ones, "We'll see you in 30 to 50 days in Hawaii."

Through flashbacks, Moss also writes about the early days of these two men's friendship, their lives and romances, and dedication to service with the Salvation Army.

The book is available on Amazon.com, and Moss will be signing books at local bookstores in the near future. She can be reached at 445-8289 or email at sandy@kppv.com.