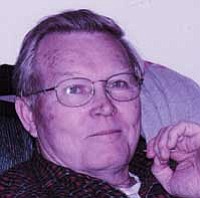 He served in the USMC for 22-1/2 years as a machinist. Tom had his own business and also worked in several machine shops in the Prescott and Chino Valley area. He is best known for his honest and unconditional love for everyone.

Tom enjoyed a good game of pool and Acey-Deucy. Tom enjoyed having his whole family around him.

Tom passed away peacefully surrounded by his family who adored him.

Memorial services will be 11 a.m. Saturday, Oct. 27, 2012 at the First Southern Baptist Church in Chino Valley, Ariz. In lieu of flowers, donations can be made to the William Thomas Parker Memorial Fund at Wells Fargo Bank.