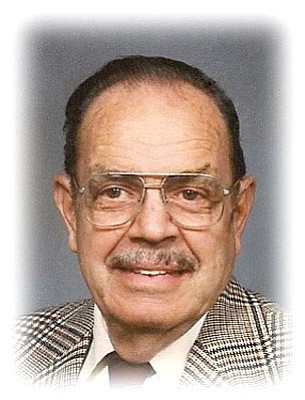 Roger E. Plumstead, a longtime resident of Prescott and Cottonwood, Ariz., passed quietly away on Sept. 26, 2012. He was 87 years old.

A veteran of WWII, he served as a pilot in the Army Air Corps. He was honorably discharged with the rank of 2nd Lieutenant. A graduate of Multnomah School of the Bible, he also held a bachelor's degree in history and humanities from University of Arizona and a master's in elementary education from Humboldt State College in Northern California.

Throughout his life, Roger strove to be a servant of God, finding some way to serve in every fellowship he attended. While living in northern California, Roger served as missionary to many Native American tribes and filled many pulpits for pastors of small churches in remote towns. He was the assistant pastor of Mountain Fellowship Church in Prescott for many years. As a long time member of Emmanuel Fellowship, he assisted as a faithful usher and custodian.