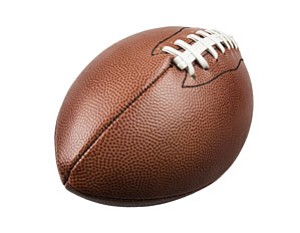 With all the offensive fireworks the Prescott Badgers have blasted this season, the defense stole the spotlight Friday night.

Which was especially good, given the Badgers' standout offensive player ended the game in street clothes and on crutches.

The Badgers finished unofficially with five quarterback sacks and three interceptions, and also recovered a fumble in the end zone in the fourth quarter to seal the deal while shutting out the Barry Goldwater Bulldogs 21-0 in Phoenix.

The senior who has re-written the 102-year-old football program's offensive record books in 2012 iced his ankle in the second half, and later appeared on the sideline in street clothes and on crutches. The extent of his injury wasn't immediately known, but the coaching staff indicated shortly after the game that he would get treatment this coming week for an ankle tweak.

The defense posted its second shutout and scored its fifth touchdown of the season.

In a fourth quarter sequence, the Goldwater defense stopped the Prescott offense with a goal line stand inside its own 5-yard line. Goldwater took over on downs inside its own 5 trailing 14-0 with 9:22 left in regulation when senior Gunner Wilken turned what appeared at first to be a safety into a fumble recovery in the end zone to widen the Badger lead to 21-0.

Senior Jordan Dean, sophomore Tyler Bruso and junior Chris Parker each picked off a pass on defense for PHS.

The offense contributed as well.

On Prescott's first drive of the game, Rock hit junior tight end Jared Tiefenthaler for a 24-yard touchdown with 7:30 left in the opening quarter.

Mengarelli got loose for a 36-yard touchdown run - his 20th TD run of the season - three minutes later. Mengarelli also in the first quarter out of the wildcat formation sprinted for a 73-yard would-be touchdown that was called back for a holding penalty.

The Badgers improve to 5-2 heading into next week's huge showdown with Cottonwood's Mingus Union at Bill Shepard Field. The Marauders entered Friday night with a 5-1 mark while hosting Payson.