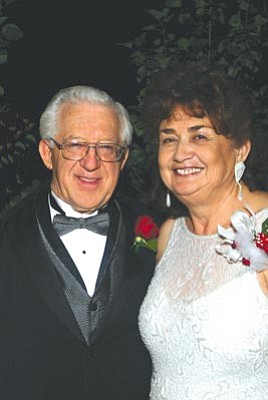 Linda and Dan VonUrban of Prescott, Ariz., celebrate their 50th wedding anniversary today. They were married Dec. 1, 1962, at the Kingdom Hall of Jehovah's Witnesses in Mesa, Ariz. They have lived in Prescott since 1975.

Linda and Dan have five children, with two boys being the youngest and oldest, and identical twin daughters and a third younger daughter in the middle. They have 10 grandchildren and two great-grandchildren. The family honored Linda and Dan at a dinner party in Prescott. They look forward to future vacationing, cruising abroad and in their motorhome.