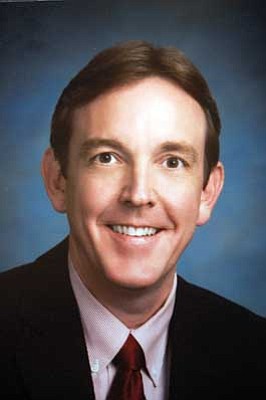 PHOENIX - Arizona Secretary of State Ken Bennett is proposing a wholesale overhaul of the state's vote-counting system in the wake of embarrassing delays counting more than 630,000 ballots statewide from the Nov. 6 general election.

The delays kept voters from knowing the outcome of two of the state's three major congressional races until at least a week after the polls closed, and the last wasn't decided until Saturday. Bennett said if the presidential election had been in the balance, the state would have been the focus of nationwide derision.

Bennett said in an interview with The Associated Press that by 2014, he hopes to completely revamp the way early ballots dropped off at polling places are counted; cut the number of provisional ballots issued by 90 percent; and ensure the vast majority of votes have been counted within hours of poll closings.

"I want 98 percent of all the ballots to have been scanned into the system and counted by election night," Bennett said Saturday. "And the next morning, as an election family statewide, we're dealing with 10,000 to 15,000 ballots, and we're done in two days."

The lengthy vote count has brought complaints from voter rights advocates and others who say it highlighted problems with Election Day fairness in the state. But most observers said the delays mainly were due to Arizona's early voting system, which allows citizens to send in early ballots late and even drop them off at the polling place on Election Day.

Thirteen of the state's 15 counties didn't complete their vote counts for a full eight days following the election, while Pima and Maricopa county election officials continued slogging through piles of ballots Sunday.

Similar delays happened in the presidential election in 2008, when it took 15 days to complete the vote count in Arizona.

Bennett said he envisions a system where voters can show up at any polling place in their county, instead of being allowed to cast ballots only at their own precinct.

"Right now we're operating like a bank that has 1,000 branches, but when you show up to deposit money you can only deposit at the branch you opened your accounts at," Bennett said.

While cautioning that he had not yet approached Gov. Jan Brewer, legislative leaders or county leaders who run and fund elections with the proposal, he said he hopes to secure millions in state and county funding to add to more than $10 million in available federal cash to pay for the overhaul. He'll need counties on board to get anything done because they run local elections.

Bennett envisions dedicated state funding of $3 to $5 per voter and a per-voter money from each county to help pay for the overhaul. That's about $10 million in state funding yearly.

The money would help pay for new equipment allowing early ballot signatures to be scanned at polling places and to correct many of the problems that have led to provisional ballots being issued on the spot. The equipment needs to be replaced anyway, so coordinating purchases to make the changes makes sense.

Of about 2.3 million ballots cast, 460,000 were either dropped off at the polls or mailed too late to be counted early.

Another key problem was the provisional ballots, issued to voters who for one reason or another either didn't appear on voter rolls or who records showed had already been issued an early ballot. Those totaled 172,000.

The crush of about 631,000 so called "late-early" and provisional ballots overwhelmed county recorders and election officials. That's because each ballot required a series of labor-intensive verifications before it could be counted. It took six days before enough votes were tallied for the 9th Congressional District to be called. The 2nd District race featuring Rep. Ron Barber and Republican challenger Martha McSally was finally called by the AP on Saturday, a full 12 days after the election.

Civil rights groups have protested at the Maricopa County Recorder's Office regularly since the election, criticizing the delays.

Maricopa County Supervisor Rose Wilcox, who frequently sides with civil rights groups, was on the other side last week and said the elections workers are doing the best they can.

"I'm really sympathetic with the protesters. I just feel they have a right to protest. But it's just making people work harder to make sure those ballots are counted right," she said.

Bennett may be able to get some backing for his nascent proposal because pressure is sure to mount for the state to revamp a system that now sees more than half the vote counted in early ballots.

"As more and more people have taken to the vote by mail, we need to reconfigure our system to count those in a timely matter," said Rodd McLeod, a campaign consultant who worked for the winners of both the 2nd and 9th district races. "It's outrageous that a quarter of the votes don't get counted on Election Day."

Legislative leaders who were asked about the vote-count delays last week said they would look at the issues, but weren't proposing major overhauls.

Sen. Michele Reagan, R-Scottsdale, for months has been doing preliminary work on election legislation for consideration in 2013 and said the delays will be among many election topics she plans to review. But she stressed that her overall effort has been in the works a long time and that she's not critical of the current system.

"I'm going to be really cautious to not just jump on the bandwagon and say there's a problem and that the sky is falling," Reagan said. "Let's really see where the numbers are at to see why and whether anything would make it better."

Officials offer ways to improve election process
Reagan stops by Yavapai elections office to talk about bills
Thousands of provisional ballots remain to be counted in Yavapai
Inside Yavapai County elections: Friday is the deadline to request early ballot
County has 2,600 more ballots to count