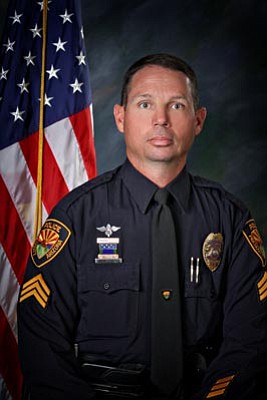 Fletcher will manage the daily operations of the animal control, records, and support services sections.

Fletcher has served as a patrol officer, motor officer, and a member of the department's Special Tactical Unit, before being promoted to the rank of sergeant in 2000.

Fletcher is active in a variety of organizations including the Salvation Army Advisory Board where he serves as chairman and the Yavapai Yelpers chapter of the national Wild Turkey Federation. He also is a volunteer hunter education instructor for the Arizona Game and Fish Department.