YBBBS Child of the Week: Jesse 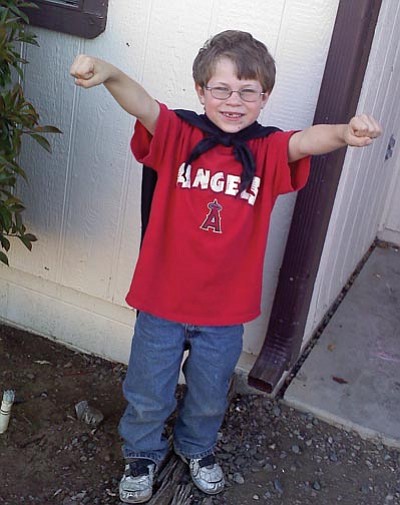 School's out for summer! What a great time to become a Big Brother, Big Sister or Family Match!

Meet Jesse. He is 5 years old and will be in the first grade in the fall. Jesse and his brother and sister are being raised by their grandmother.

When asked, Jesse says he likes school "kinda good." His favorite part of school is when he gets to play with the cars and the blocks. His least favorite is music class. Jesse's grandmother said that he started the year out strong, but he struggles with reading and sometimes gets frustrated when he doesn't understand something.

Jesse's strengths are that he likes to help others and learn new things. Jesse is happiest when he is outdoors and active. He likes doing physical labor, playing on his scooter and playing games with his siblings and cousins. He really likes to help work on cars, too.

You don't have to change your life to change the life of a young person like Jesse. Just a few hours a couple of times a month is enough to make a difference. Research shows that kids matched with a "Big" are 52 percent less likely to get arrested compared to all other kids their age. Matched children are also less likely to skip a day of school and less likely to begin using illegal drugs and alcohol.

Have fun and help a child. Call 778-5135 or visit www.azbigs.org and become a Big Brother, Big Sister or Family Match today.