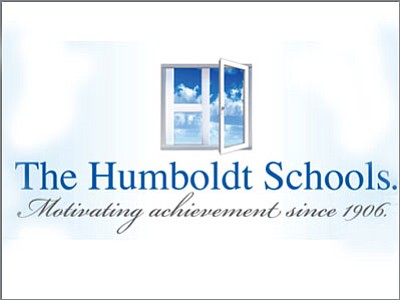 Middle school students will have an expanded choice of electives next year, thanks to the addition of Paxton/Patterson Action LABS, an interactive, computer-based, multimedia program that includes five technological areas of study: communication, transportation, manufacturing, production and bio-related technology.

The Humboldt Unified School District Governing Board unanimously approved the $172,000 purchase of the instructional program at its March 20 meeting.

"Our middle schools are making a concerted effort to address their student academic challenges and create a learning environment that provides both rigor and high-energy relevancy to students in grades 7 and 8. These exciting, high tech LABS should do exactly that,” she said.

Bean, BMMS Principal Brian Buchholtz and GHMS Principal Terri Matteson visited two schools in the Valley that use Paxton/Patterson LABS, and all three said they were impressed with the rigor of the courses and how the curriculum is aligned to Arizona and national common core standards.

Board member Shelly Damschroder said she was in favor of purchasing the Paxton/Patterson LABS program; in fact, she had brought up the same proposal to the board a few years ago at the board's summer retreat, "and was laughed at because of the cost." She asked that the district send an IT person to the weeklong training this summer in North Carolina, along with the 10 teachers, and also recommended appointing a lead person to oversee the program for all three schools.

Most of the expense of the Paxton/Patterson system is one-time costs, Bean said. The price includes purchase of the curriculum (22 courses); training for 10 teachers; upgrades, revisions and professional development follow-up; modular furniture and computers. Student fees will cover consumable items such as parts for the robotics course.

Board member Rich Adler said he liked the technology and relevance of the curriculum, and wondered how that might carry over into the high school.

Matteson said they chose the courses after talking to teachers at the high school. The process of researching programs and choosing Paxton/Patterson LABS took a year before coming before the board for approval.

Bean said research points out that, as children enter adolescence, attitudes and motivation can be "exacerbated by the absence of high-interest, engaging middle-school curricula."

"We need to adapt and innovate in our instructional strategies to help our students develop a competitive academic advantage,” she said. “The high school preparation that takes place in the middle grades is critical to the success of students.”

Board President Howard Moody said, "I think this is a game changer for the middle schools."