'Prescott Opry' promises to be a grand ole time 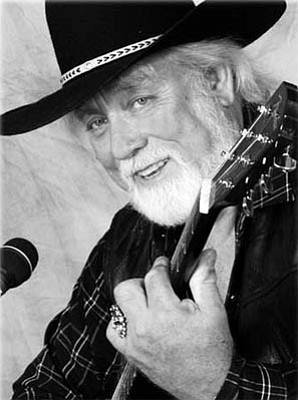 The first "Prescott Opry" takes the stage Thursday at the Elks Opera House in the style that has made Nashville's Grand Ole Opry a favorite among country Western fans.

The notion of a "Prescott Opry" sprung from a local group that has been around for many years, the Greater Arizona Country and Western Swing Music Association.

"For 20 years, GAC never tried to enlarge itself," said current president Ed Gary, who lives in the Valley. He was speaking of a group of musicians that meets informally for "backyard picking" and fellowship at the CASA Senior Center in Prescott Valley.

Now, Gary said, with the advent of this new venue, Prescott Opry will "present Arizona's best professional musicians and be an outlet of music you can't find anymore."

There is an audience for the opry style, Gary said, so organizers "decided to bring it to Prescott. Prescott is a destination, so hopefully we will fill some beds in hotels and tables in restaurants" as the once-a-month oprys become regulars on the Prescott entertainment scene.

Hardy is a "great singer," Gary said, and is lead vocalist with bands in the Phoenix, Glendale and Peoria areas. Brush Arbor Revival harkens back to the

days of traveling ministers and performs frequently in the Prescott area. Staff band, along with Self as lead guitarist, will include Jim West, second lead guitarist; Brian LeChance on steel guitar; drummer Scott Thomas; and Doc Rosinski on keyboard and strings.

As the Prescott Opry grows, Gary said he hopes to add horns and a fiddle.

The performance "will be like a talent show of people who are already winners," he said. The audience "will hear great talent."

Gary is no newcomer to showbusiness. A lover of country music, Gary has been singing and playing bass, touring with opry ensembles for 40 years, sometimes on the road for as many as 300 days out the calendar's 365.

But after so many years on tour, Gary's idea of concentrating on films lost its luster, even though he'd moved to the Phoenix area, a mecca for independents, he said. But, "After six months of not playing music, I started going nuts."

Gary will open this first show and host the performances that are on the Elks Opera House schedule through April 2013.