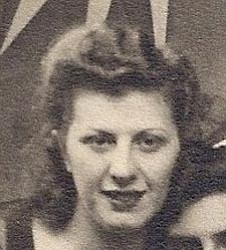 Irma Elena Tutone, 88, of Prescott, Ariz., passed away April 27, 2012, in Prescott. She was born in Queens, N.Y., the daughter of the late John and Jennie Balletti.

Irma is survived by a son, Chuck (Janice) Tutone of Prescott; grandchildren, Jennie R. and Joseph Tutone, and Brandon and Gabe Nunez.

The Hampton Funeral Home was entrusted with the arrangements.