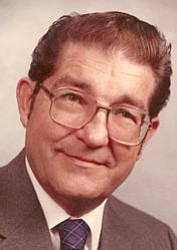 Blaine was 9-years old when his family moved to the Phoenix area, and he lived there until moving to Dewey, Ariz., in the year 2000. Blaine served his country in the Navy during World War II and was honorably discharged.

Blaine attended school in the Phoenix area, graduating from the North Phoenix High School and from Arizona State University with a degree in Business Administration. He became a Certified Public Accountant and served as a partner in the firm of Seely, Mullins & Associates. He was also a member of the Faith United Community Church in Dewey, Ariz.

At this time, no services are planned.