Wrong-way I-17 driver stopped when deputies flatten his tires 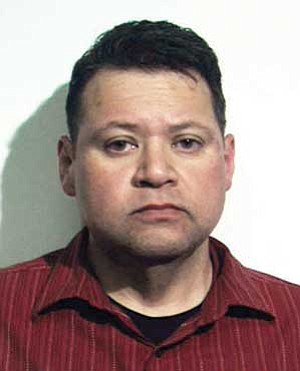 CORDES JUNCTION - A man driving north in the southbound lanes of Interstate 17 in the early morning hours of Saturday ignored Sheriff's deputies and nearly struck three other cars and two tractor-trailers before deputies flattened his tires and stopped him, according to a Sheriff's spokesman.

Rogelio Guzman, 44, of Anthem, was driving a silver BMW northbound near Black Canyon City when the Yavapai County Sheriff's Office got the call at 1 a.m., said Dwight D'Evelyn, YCSO spokesman. A deputy found him and tried to get Guzman to stop, but he kept going, nearly striking a second deputy's vehicle that also signaled him to pull over, D'Evelyn said.

Deputies deployed stop sticks on the freeway ahead of him near Cordes Junction, and Guzman drove over them, flattening all four tires, D'Evelyn said.

He said Guzman "exhibited the strong odor of alcoholic beverages on his breath," and that deputies found a receipt from the previous day that listed alcohol bought at a Phoenix restaurant.

Guzman was arrested and charged with DUI and eight counts of felony endangerment, said D'Evelyn, who added that he has been released on a $4,000 bond.