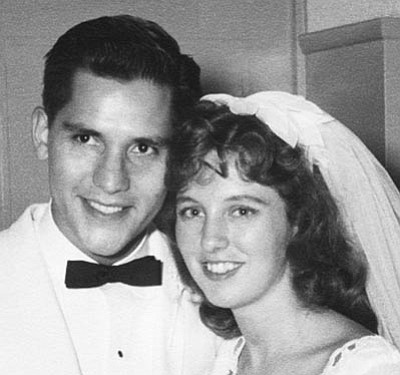 Al and Leslie (Thompson) Qöyawayma of Prescott will celebrate their 50th wedding anniversary June 30. They were married in Sherman Oaks, Calif. Al is a graduate of Cal Poly (SLO) and USC (1966) in engineering. Al and Leslie lived in Thousand Oaks, Calif., while he worked as a project engineer at Litton Ind. In 1971, Al managed the Environmental Dept. at Salt River Project in Phoenix. He received an honorary doctorate from the University of Colorado, was a Fulbright Fellow, and received a White House appointment as vice-chairman for the Institute of American Indian Art. He co-founded the American Indian Science and Engineering Society continuing his devotion to higher education, as well as the arts. Leslie is a master quiltmaker, collector of antique furniture and homemaker.

Al and Leslie established their home in Prescott 12 years ago. They share a mutual enthusiasm for USC football, camping, vacations and travel from Alaska to Peru. Both enjoy artistic careers, Al as a potter and Leslie as a quilter. His work is exhibited nationally in galleries and museums. In 2010, the Smithsonian selected Al for inclusion in the Smithsonian's permanent Archives of American Art. Over the years, they have participated in CMA and Baptist churches, including Prescott First Baptist. Al and Leslie have a son, John, of Scottsdale and daughter Kathy Espinosa of Prescott, and five grandchildren. Joining them in their celebration will be their son and daughter, and other family members.