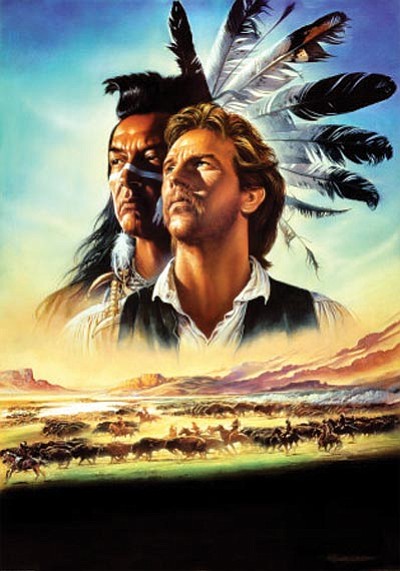 PRESCOTT - After weathering a freak early-November snowstorm during its 2011 event, the Prescott Film Festival is returning to its roots, with a twist, next week.

For eight days, from Aug. 1 to 8, three screens at the Yavapai College campus will show non-stop movies, with an emphasis on variety.

From an Academy Award-winning blockbuster to lesser-known independent movies, the festival aims at giving the audience plenty to choose from.

"I don't see us as being a niche film festival," said Helen Stephenson, the executive director of the Prescott Film Festival. "There is just so much out there that's wonderful, from soup to nuts."

So, along with a look back at 1990's "Dances with Wolves" and its Arizona ties, the festival will offer such varied fare as "Shouting Secrets," a Native American family drama; the comedy-action film "Broadway's Finest;" and "The Flyboys," a tale of two boys who stow away on an airplane owned by the mob.

The festival will feature 85 films in all, and most will show at least twice. The schedule is extensive, with movies starting at as early as 9:30 a.m., and running through as late as 10:30 p.m.

For festival-goers who miss movies early on, the winning selections will show for a third time later in the schedule, Stephenson said. And meanwhile, "There are a lot of little esoteric gems that people can pick through," she said.

Festival-goers will notice two main changes this year - in the date and the location.

Last year, in its second annual outing, the festival took a chance and moved the event to the first week of November in an attempt to fill in Prescott's relatively slow fall tourist season.

But when snow and ice kept movie-goers away on the festival's main weekend, Stephenson said the need to move back to the summer was fairly obvious.

"People vote with their pocketbooks, and they didn't come out last year," Stephenson said. "We had about one-third the audience (last year, compared with the year before)."

Less easy was the decision to move the festival from its previous downtown location to the Yavapai College campus.

"We were sad to leave the downtown, and we discussed it for months," Stephenson said. In the end, she said, organizers asked, "What's best for the festival?" and decided that the convenience that the college campus could offer would make the festival somewhat unique.

"For film festival-goers, this is neat to all be in one spot, with three venues," Stephenson said. "It is the most convenient festival we've ever heard of."

And a number of events still will take place downtown, including some of the workshops and after-parties.

A news release from the festival notes that "it's a quick and easy walk between theaters," parking is plentiful and free, and food and beverages will be available for sale on campus.

Among other highlights of the festival:

• Author and screenwriter Michael Blake will speak at the Prescott Public Library's Founders Suite at 10 a.m., Saturday, Aug. 4, about his books, including "Dances with Wolves," for which he won an Academy Award for screen adaptation of the novel. "This is the first time we have had an Academy Award winning guest, and we're thrilled," Stephenson said.

• A wine tasting with Blake will take place at 5 p.m., Saturday, Aug. 4, in the lobby of the Yavapai College Performing Arts Center, 1100 E. Sheldon St.

• Hollywood stuntman Joe Pronto will speak at 3 p.m., Wednesday, Aug. 1, at Yavapai College Building 15, Room 209, about his work in Hollywood.

• A half-dozen other workshops will take place as well throughout the festival, and all are free and open to the public.

Moviegoers have a number of options for buying tickets. While general admission tickets are $7 each ($5 for students, seniors, and Yavapai College employees), packages also are available. Tickets are available for purchase online, at www.prescottfilmfestival.com.

Yavapai College is located at 1100 E. Sheldon St., at the corner of Rush and Sheldon.