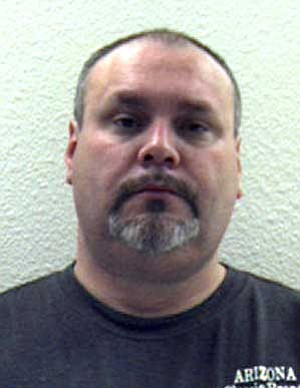 PRESCOTT - The owner of a Prescott Valley video store on Thursday accepted a plea agreement and pleaded guilty to four counts of sexual conduct with a minor.

Officers learned the girl was a family friend of Barnes, who owns and operates the Video Outpost in Prescott Valley, and had helped Barnes with miscellaneous tasks at the store, Bonney said.

Investigators were told that around November 2010, Barnes and the victim, who was 15 at the time, began having sexual contact several times a month, Bonney said.

Detectives executed a search warrant at the Video Outpost in the 6100 block of Highway 69 and collected physical evidence related to the case.

The four counts to which Barnes pleaded guilty under the agreement are class 6 felonies.

Chief Deputy County Attorney Dennis McGrane said the charges are based on the victim's age:

• Under 15 is a class-2 /dangerous crimes against children felony, which comes with harsh sentencing standards;

• if the victim is over 15 years old, it is a class-6 undesignated felony - those can later be converted to a misdemeanor by a judge, if the defendant meets certain guidelines.

McGrane also addressed the seeming disparity between recent charges for possession of child pornography brought by the Yavapai County Attorney's Office and lesser ones for sexual conduct with a minor.

"I understand the comparison, and it is a legitimate concern," he said, but when they make an arrest for child pornography, "the images we're dealing with (are usually) pre-pubescent children."

He said the most recent research confirms that individuals who show an interest in that kind of pornography have a high incidence of committing sex crimes in reality.

She could give Barnes a sentence of as long as six years in prison.