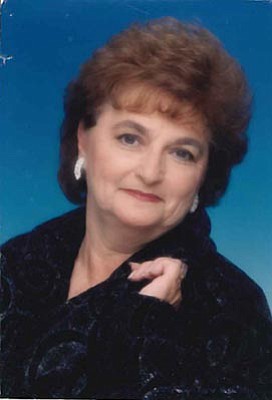 She was preceded in death in 1995 by her husband of 37 years, Robert Rizzo.

Phyllis was the foundation of her family and showed by example what it meant to be a hard worker. She retired as a Co-Dependency Counselor in Phoenix and moved to Prescott in 2002 to live with her daughter's family. Her favorite pastime was visiting her family who lived out of state.

Phyllis was also preceded in death by her son Jeffrey Rizzo in 1999; her grandson Dustin Rizzo; and her brother Allen. She is survived by her children, Rene Patrick (John deceased), Robert Rizzo (Pam), Cheryl DiLazzaro (John) and David Rizzo (Della). She is also survived by her siblings, Anna Marie Pasquarelle (Al), Audrey Daves (Herb), David Czolba and Doug Czolba (Anita); and sister-in-law Alice. Phyllis is also survived by 17 grandchildren and 11 great grandchildren and numerous nieces and nephews. One of Phyllis's great joys were her little dogs Sandy and Pebbles.

We will be celebrating Phyllis's life with a viewing from 3 to 7 p.m. Sunday, Jan. 29, 2012, at Heritage Memory Mortuary, 131 Grove Ave., Prescott, Ariz. Funeral services will be at 10 a.m. Monday, Jan. 30, 2012, at Sacred Heart Catholic Church, 150 Fleury St., Prescott, Ariz., with burial to follow at National Memorial Cemetery in Phoenix, Ariz., at 23029 N. Cave Creek Road. Graveside services will commence after the arrival of the funeral party at the cemetery.

Phyllis was greatly loved and will be dearly missed.