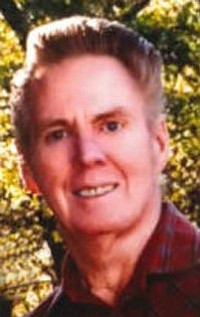 Ronald Joseph Krebs, 70, passed away Jan. 11, 2012, in Prescott, Ariz. Ron was born May 1, 1941, in Cincinnati, Ohio. Ron lived in Phoenix for a number of years before eventually moving to Prescott in 1976. Ron was a floor covering installer for most of his life, working all over the state of Arizona. A lifelong fisherman and hunter, he loved the Arizona outdoors, especially the National Forests of northern Arizona.

Ron was preceded in death by his father, Peter J. (Catherine) Krebs of Cincinnati, Ohio, and his mother, Grace (Charles) McMahon of Klamoth Falls, Ore. He was also preceded in death by his half-brothers Dennis and Roger Krebs. Ron is survived by his wife Jan of 51 years. He is also survived by his son John (Holly) Krebs of Westmont, Ill.; daughter Michele "Mickie" (Andy) Mraz and their son A.J. of Prescott Valley; and half-sister Vicki (Richard) Oelker of Amelia, Ohio. In lieu of flowers, the family requests that donations be made to the Muscular Dystrophy Association, P.O. Box 78342, Phoenix, AZ 85062-9916, or Hospice Family Care Inc., 3195 Stillwater Ave. Suite B, Prescott, AZ 86305.