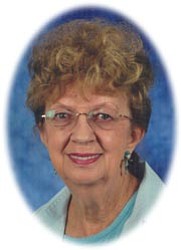 Rita was born on Jan. 25, 1937, in Escanaba, Mich., to Richard Carlton and Beatrice Louise Jackson. Her family moved to Tucson, Ariz., in August of 1948. Rita graduated from the Tucson High School in 1955. She married her high school sweetheart, Jackie Lee Lyons, on Oct. 7, 1955, and was married 54 years. She lived all over the western United States and England but called Arizona home, living in Prescott Valley for 21 years. She worked as a medical records coder, was a homemaker, seamstress and unique crafter, and had a servant role at her church.

Services are entrusted to Messinger Payson Funeral Home in Payson.