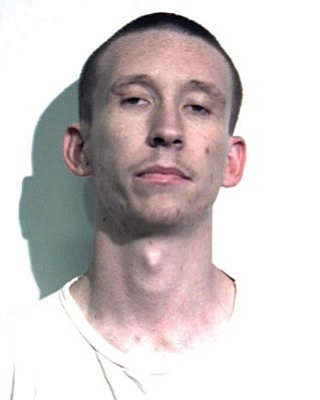 An Oklahoma man is in custody after Yavapai County Sheriff's Office deputies say they found methamphetamine and nearly $60,000 in cash in his vehicle.

Victor Robertson, 23, of Oklahoma was booked into the Yavapai County Jail on Thursday on charges including possession of dangerous drugs, money laundering and DUI drugs after he was stopped for several moving violations. A deputy saw signs of impairment, and later found meth inside the SUV and $59,000 in cash in a hidden compartment, said Dwight D'Evelyn, YCSO spokesman.

At 3:30 p.m., a K9 deputy stopped Robertson's 2004 Ford Expedition after Robertson committed several moving violations, including an unsafe lane change and failure to signal on south I-17 near Cordes Junction. When the deputy spoke with Robertson about the moving violations, Robertson was evasive about his license status. He initially produced an empty wallet and later found an Oklahoma license, but his behavior allegedly remained consistent with a person under the influence of drugs, D'Evelyn said.

Robertson told deputies he was in Mesa to visit a sick relative, and seemed confused about his overall timeline in Arizona, according to investigators.

Deputies believed Robertson's vehicle might contain drug-related contraband so they requested permission to search, but Robertson did not give permission for a search. So a K9 deputy deployed his certified narcotics detection dog for an exterior sniff of the SUV and the dog alerted in and around the vehicle's right front fender and passenger door, D'Evelyn said.

When deputies told Robertson that the K9 alerted, Robertson became defensive but eventually told deputies they would find some meth, D'Evelyn said. Deputies also found a light bulb modified for use as a meth pipe under the front seat with a usable amount of meth inside and a container nearby with an additional gram of meth, D'Evelyn said.

While checking the SUV, deputies noticed non-factory modifications to the front passenger fender area, removed the fender, and found a hidden compartment with three bundles of wrapped cash that totaled more than $59,900, D'Evelyn said.

Deputies conducted a blind test using a certified K9 and received a positive alert that the seized currency was associated with drug contraband, and likely the result of payment or profit from such transactions, D'Evelyn said.

Both the currency and vehicle were seized pending forfeiture proceedings, and Robertson remains in custody on a $100,000 bond, D'Evelyn said.