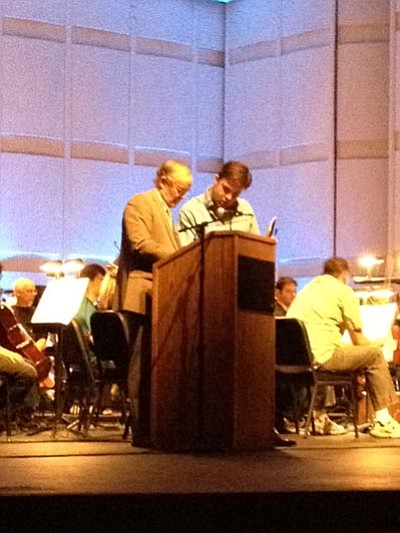 The Phoenix Symphony will celebrate Arizona's 100th birthday in a performance at 3 p.m. Sunday in the Yavapai College Performance Hall.

Grofe, an American composer, arranger and pianist, became famous for "Grand Canyon Suite," which came out in 1931 and was recorded for RCA Victor with the NBC Symphony, conducted by Arturo Toscanini in Carnegie Hall in 1945.

Concert tickets range from $26 to $35 and are available from 9 a.m. to 2 p.m. today at the Yavapai Symphony Association office in the Mountain Artists Gallery building, 228 N. Alarcon St. or by calling 776-4255. Tickets will also be available at the door, beginning at 1:30 on Sunday, at the Performance Hall box office. The pre-concert lecture will take place at 2 p.m.