Serial burglar gets 9 years in prison 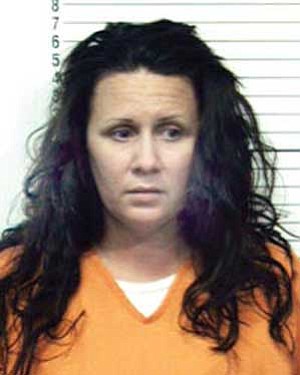 PRESCOTT - A woman who pleaded guilty to a string of robberies around the county last spring was sentenced on Monday to nine years in prison and narrowly missed an even longer sentence when a judge realized she had made a mistake.

She pleaded guilty instead to two counts of second-degree burglary, one count of aggravated identity theft, one count of possession of methamphetamine paraphernalia, and a single count of trafficking in stolen property.

Monday, about 20 residents of the neighborhoods Brown had targeted were in court to see her sentencing. Two of them spoke to Yavapai County Superior Court Judge Cele Hancock, asking her to impose the maximum sentence on Brown.

One victim said she was outside working in her front yard when Brown went in the back door and stole her property. "Gone are the days of unlocked doors," she said.

Another lamented the fact that "I made it so easy for her. I am so trusting and this has taken away my faith."

"It's another in a long line of 'decent-person-meets-drugs, drugs-make-them-do-crazy-things,'" he said.

Brown, who had cried throughout the victims' statements, struggled to speak while crying.

"I want to apologize to everyone I've hurt," she said to the gallery. "I feel so embarrassed and ashamed."

"Ms. Brown, I think what bothers me about your case is that, what you did was, you methodically targeted people that you knew would trust you. It was a community of older people, trusting people, many disabled," Hancock said. "You stole things that can never be replaced."

"I don't care how addicted to drugs you are - you had the presence of mind to target these people. You thought carefully," she continued.

Hancock then sentenced her to three consecutive 4.5-year prison sentences with five years' intensive probation to follow and ordered her to pay restitution. Both Brown and her family members burst into tears, the family members wailing loudly in the hallway outside the courtroom.

Minutes later, word came that there had been a mistake and Hancock took the bench again to say she had overlooked the fact that the plea agreement stipulated probation as the penalty for one of the counts for which she had imposed a 4.5-year term.

"I am unable to sentence her to (prison) on that count," Hancock said.

Brown will serve nine years in prison, followed by probation.