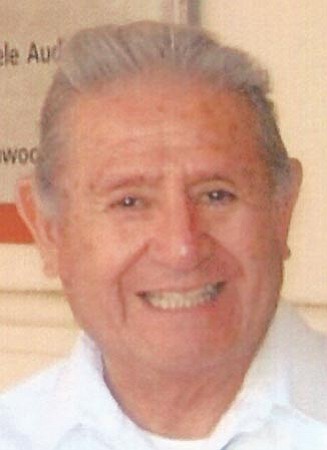 Theodore M. Vaughn, died Feb. 2, 2012, at his home on the Yavapai Prescott Tribal Reservation. He was raised by his grandparents, Sam and Viola Jimulla. Ted was 83 years old.

He proudly served in the U.S. Navy. Ted drove the school bus and worked as a cowboy in Peach Springs and was a pilot for the Navajo, Hopi and Apache tribes. He returned home in 1981 and for more than 20 years he worked on his Yavapai language word list.

He received many awards. Among them are "Outstanding American Indian of Arizona" and the "Spirit of the Heard" award. He was proudest of his work of preserving the culture of the Yavapai Tribe.

He is survived by his wife of 41 years, Genevieve; sons Charles (Artie), Ted Jr. and Thaddeus; daughters Margaret, Louise and Amy (Joe); sister Darlene Ogo,; and many grandchildren and nieces and nephews. He was preceded in death by sons Tommy and Sammy; brother Travis Gazzam and sister Pat Mcgee.

Visitation is 3 to 7 p.m. Friday, Feb. 10, at Arizona Ruffner Wakelin Funeral Home, corner of Cortez and Carleton, with the Celebration of Ted's life 11 a.m. Saturday, Feb. 11, at the Gathering Center, Yavapai Prescott Reservation, 530 Merritt in Prescott.