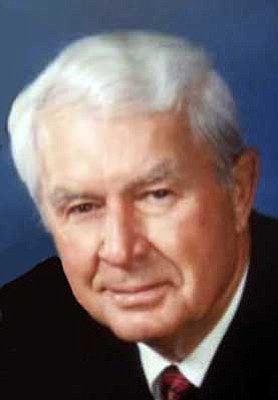 JR was a U.S. Marine and World War II Veteran. Founder of KK Motorcycle Supply, Dayton, Ohio, a cowboy, former national motorcycle racer, race sponsor and promoter, TV host "Motorcycling with KK", past AMA President, first recipient of the Motorcycle Industry Counsel (MIC) "Man of the Year" awarded in 1986, which called him a leader in the motorcycle business; a man who dedicated his life to the advancement of the motorcycle industry in the United States, Dudley Perkins Award by the AMA, Cycle News Award, Motorcyclist Magazine's "All-Star Award" at Daytona, Fla., Ohio Hall of Fame, AMA Motorcycle Hall of Fame, and one of Dayton's Top 10 Citizen's awarded by WKEF-TV.

JR's belief that you have to give something back to your community which inspired the Old Time Newsies (OTN) Charity Motorcycle Race; OTN Charity Auction on WKEF and the Ride for Muscle Dystrophy. Throughout the years over 35 Million dollars were raised for Charity.

He has, indeed, been instrumental in helping the public and media to refocus on motorcycling. This refocus gained a positive image for the men and women in the sport and industry.

He was an icon in the motorcycle industry. But most of all he was a great husband, father, grandfather, great grandfather and friend. Those who came into JR's life where truly blessed!

JR won his race in life, Godspeed and Rest in Peace!

Special heart-warming message from one of JR's oldest and dearest friend's, Wilhelm Wagner:

"Loved ones never leave us, he just went ahead of us. Sometime, somewhere we will meet again, he will never be forgotten!"

In lieu of flowers donations may be made to Hospice Home Health Care, 3195 Stillwater Drive, #B, Prescott, AZ 86305.

07/11/01 Wednesday
'Prodigy' passing through town
Police identify 2 people injured in Prescott motorcycle accident; listed in critical condition
On the Rise: Mees has sped to the top of professional motorcycling
09/07/01 Friday