Giveaway a unique way to save animals 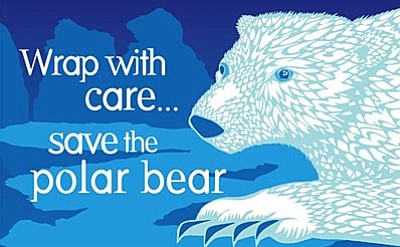 Courtesy images<br>Visit biologicaldiversity.org to volunteer to distribute condoms printed with messages that explain how the population explosion is negatively affecting wildlife and the ecosystem.

The Center for Biological Diversity is looking for volunteers to give away "Endangered Species Condoms" for the holidays.

The gifts are part of the center's "7 Billion and Counting" campaign to spread the word about skyrocketing human population growth and how it impacts imperiled plants and animals.

The center teamed up with artist Roger Peet to create condoms featuring species threatened by human population growth. They also include sayings such as "Don't go bare...panthers are rare."

The gift packages feature two condoms, information about the featured species, facts about overpopulation and the extinction crisis, and suggestions about how the human population can be stabilized.

The world's population has doubled since 1970. It reached seven billion on Halloween 2011 and it's expected to top 10 billion by the end of this century.

The planet is facing the possibility of a sixth mass extinction. Nearly 20,000 species of known animals and plants are considered high risks for extinction in the wild, according to the International Union for Conservation of Nature. The fifth mass extinction wiped out the dinosaurs.