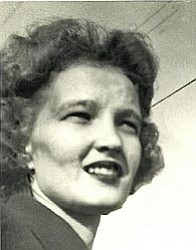 She was preceded in death by her husband of 60 years, Thomas Patrick McBreen. Joan married Tom in 1951. They moved to Phoenix, Ariz., in 1952, where they raised their family. Joan enjoyed her life as a loving wife, an amazing mother and a devoted Nana.

After spending a lifetime of traveling around the country, Joan and Tom found their ideal place to retire, and moved to Dewey, Ariz., in 1988.

She is survived by her siblings Mary Bullock, Frances McGowan, Clare O'Brien, Robert Bullock and Dorothea Juno-Johnston. She was preceded in death by her brothers Joseph Bullock and John Bullock, and by her sisters Patricia Powers, Anne King, Margaret Brennan and Barbara Bullock.