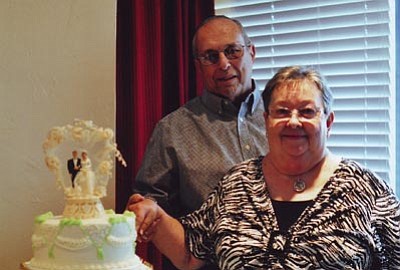 Harold and Jeanine met on a blind date in 1961, while Harold was stationed at Davis-Monthan Air Force base in Tucson. After Harold's service in the Air Force, they moved to Schaumburg, Ill. Harold returned to his job as an aircraft mechanic with American Airlines. He retired as a supervisor of aircraft maintenance and engineering training in 2003. Jeanine was a nursing school graduate, mother and homemaker. Following retirement in December 2003, they moved to Prescott Valley.