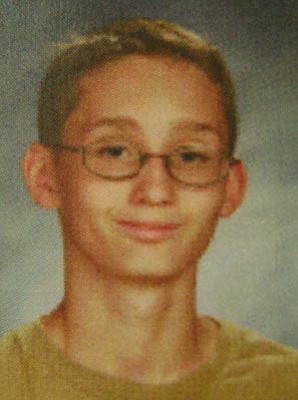 UPDATE: On Tuesday afternoon, the Yavapai County Sheriff's Office reported that Wyatt Field had been found safe and sound at a Prescott Valley church. YCSO plans to release more details as they become available.

On Saturday, August 11, 2012, Yavapai County Sheriff's deputies arrived at a residence in a remote area of the Cherry community regarding a runaway juvenile. Cherry is located N/E of Highway 169 between Highway 69 and I17. The mother of 15-year-old Wyatt Field told deputies he had walked away from home after a verbal argument around 1 p.m. Wyatt has done this in the past, but has always come home in a reasonable timeframe.

Deputies are concerned for Wyatt's safety due to the remote location, along with weather and environmental elements related to exposure. This concern assumes Wyatt remained in the area has not obtained the means to locate elsewhere.

Wyatt is approximately 5' 07", very thin build, with short brown hair. The included image shows him wearing glasses, but did not leave with them. He was last seen wearing blue jeans and a blue sleeveless shirt. He was carrying an old 1-gallon vinegar bottle to hold drinking water. The bottle had orange colored string ties as a handle.

Deputies believe Wyatt walked for some period of time along Cherry Creek Road and Old Cherry Road in the White Horse Ranch subdivision. No concerning medical issues were reported. The search has been ongoing since the initial call and included helicopter flyovers of the area.