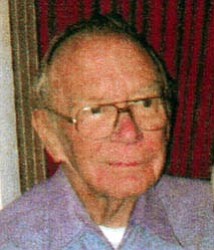 He retired from the United States Air Force with 23 years service and 10 years in the reserves. He enjoyed camping, hunting, fishing and word puzzles.

He is survived by his wife of 61 years, Marjorie. They have two sons, Gary Ronald and Larry Kenneth (Donna) Dalstra; a daughter, Karen (Mike) Stewart; and a brother, Roger Dalstra from Michigan.

He was a longtime member of Agua Fria Christian Church, American Legion Post #78 and Sgt. Association.