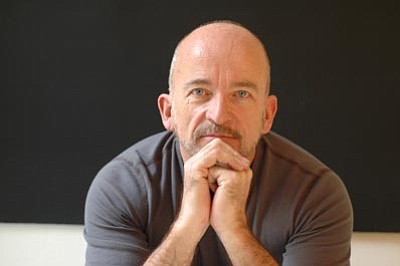 The event will take place at 7 p.m. in the college's Susan N. Webb Community Room (building 19, room 147) on the Prescott campus.

Doty is the only American poet to have won Great Britain's T.S. Eliot Prize and is the author of several collections of poetry, including "Turtle, Swan," "My Alexandria," "Atlantis," "Sweet Machine," "Source," and a volume of poems, "School of the Arts." He is also the author of three memoirs, "Heaven's Coast," "Firebird," and "Dog Years," as well as "The Art of Description: World into Word," a volume in the popular "Art of" series, a line of books intended to reinvigorate the practice of craft and criticism.

The Poetry Foundation's biography of Doty says that "since the publication of his first volume of verse, 'Turtle, Swan,' in 1987, he has been recognized as one of the most accomplished poets in America," and has been compared to "James Merrill, Walt Whitman and C.P. Cavafy."

"His syntactically complex and aesthetically profound free verse poems, odes to urban gay life, and quietly brutal elegies to his lover, Wally Roberts, have been hailed as some of the most original and arresting poetry written today."

In "A Display of Mackerel," in the "Atlantis" collection, in which Doty confronts Roberts' death, he writes:

"They lie in parallel rows, on ice, head to tail, each a foot of luminosity barred with black bands, which divide the scales' radiant sections like seams of lead in a Tiffany window, iridescent, watery ... "

And in "A Green Crab's Shell" from the same collection, Doty says, "Not, exactly, green closer to bronze preserved in kind brine, something retrieved from a Greco-Roman wreck, patinated and oddly muscular ... " "Atlantis" was published in 1995, and prior to that, in 1993, Doty published "My Alexandria," his collection that won the T.S. Eliot Prize and the National Poetry Series contest. "My Alexandria" explores "the pain of life as seen through the prism of AIDS," the Poetry Foundation said, quoting a Los Angeles Times Book Review by Ray Gonzales who said, "Doty goes beyond the triumph of the plague to write about life beyond this dark century ... He has the courage to extract beauty out of the living moments created by death."

In "Still Life with Oysters and Lemon," which came out in 2001, Doty meditates on a Dutch still-life painting of 350 years ago.

Of this work, Jim Natal, Literary Southwest Series director, says, Doty uses this painting "as a springboard into discussion and the development then spirals into a memoir woven in with art criticism.

"It's tremendous. Doty brings his shimmering poetic touch to everything he writes."

Doty will read from his works, sign books and participate with the audience in a question-and-answer session. All Literary Southwest programs are free and open to the public.

For complete author and series information, visit www.yc.edu/hassayampa or contact Natal through Yavapai College at 928-776-2295 or via email at james.natal@yc.edu.