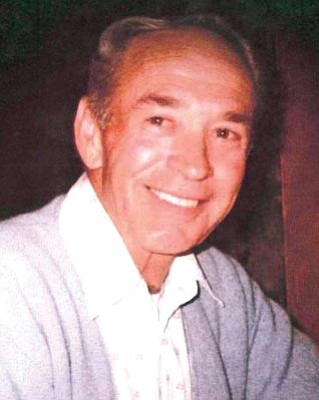 Robert "Bob" David Pearsall Sr., 86, of Prescott, Ariz., passed away to be with the Lord, March 31, 2012, at the Prescott VA Hospice surrounded by family.

He attended Miller Valley School and Prescott High School. He became a veterinarian apprentice prior to joining the U.S. Navy on March 9, 1944, serving as a pharmacist's mate, third class. He was given nursing instruction at the Neuro-Psychiatric School at the U.S. Naval Hospital, San Leandro, Calif. He saw action during World War II while stationed in Okinawa.

After his discharge from the military on June 8, 1946, he returned to Prescott. He spent several years as an auto mechanic. He was later employed by Arizona Public Service where he worked for 25 years until his retirement in 1982.

He enjoyed hunting, fishing, gardening, hiking, camping, and exploring the Prescott area. His many hobbies included an avid interest in geology, mining, birding, archaeology, and anthropology. He was an active and long-time member of the Smoki People. He was involved with the Boy Scouts of America and, as a member of three barbershop quartets - Harmony Hounds, Timber Tones and Chimney Sweeps - entertained throughout Prescott.

A memorial service will be 10:30 a.m. Friday, April 13, 2012, at the Heritage Memorial Mortuary, 131 Grove Ave., Prescott, followed by a committal service with military honors at 1 p.m. at the Prescott National Cemetery, Prescott.

In lieu of flowers, the family requests that donations be made to Granite Mountain Hospice, VA Hospice Program, or non-smoking education.