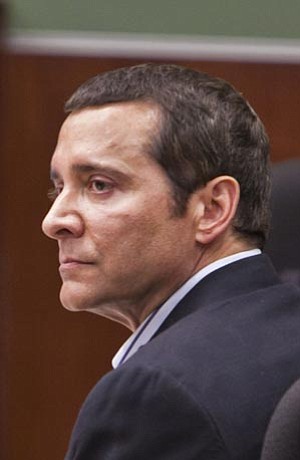 PRESCOTT - After an attorney's health emergency shattered the scheduling of James Arthur Ray's presentence hearings, Judge Warren Darrow decided to get the proceedings back on track beginning next week, despite a defense request for a longer delay.

Tom Kelly, Ray's local counsel, was treated over the weekend and on Monday for a heart condition. And even though his co-counsel, Luis Li, argued that Kelly's presence in the courtroom for the presentence hearings was critical, Darrow recalled that, during the four months of Ray's trial that ended in a conviction on three counts of negligent homicide, at least three other highly qualified attorneys were in court.

"To say that Tom Kelly has to make all the decisions," Darrow said during a telephonic scheduling hearing Tuesday, "is just too much."

The hearings will begin at 9 a.m. Wednesday, Sept. 28, and continue through Friday, Sept. 30, resuming the following Tuesday, Oct. 4, and continuing through Thursday, Oct. 6, with sentencing taking place on that day.

Li said he thought Kelly would be medically cleared to return to work next week but could not be certain. His request for more time included a plea to allow Kelly time to recover fully and finish what he started. That request prompted Yavapai County Attorney Sheila Polk to remind the court of the significant date that would occur if the proceedings went on much longer: On Oct. 8, 2009, Ray led a sweat lodge ceremony at the Angel Valley Spiritual Retreat Center near Sedona that resulted in the heat-related deaths of Kirby Brown, James Shore and Liz Neuman. Polk said Tuesday that many of the victims' family members were planning memorials to commemorate the two-year anniversary of the tragic event.

"It certainly is a worthwhile goal to accomplish the sentencing before that date," Polk said.

The state's latest filing in the case asks Darrow to impose the maximum allowable prison term - nine years - on Ray, and to ask for court costs and restitution as well.

Even though Ray is by statute eligible for probation, the state argued that three consecutive three-year terms, one for each victim, is appropriate and in accordance with Arizona policy.

"The focus is on the result of the act rather than the act itself," the motion reads. "Therefore, when a defendant's single act causes a separate criminal result to multiple victims... a defendant may be sentenced consecutively on each charge."

The motion also requests that Darrow order Ray to pay more than $67,000 in restitution to victims' family members for expenses, travel and lost wages during the trial, as well as nearly $68,000 in prosecution costs stemming primarily from witness travel costs and expenses. Those expenses, the motion notes, do not include personnel and court costs for the proceedings.

Unless it is further revised, Ray's witness list includes as many as 19 people comprising family members, former employees and others. Some of the potential witnesses are, like Ray, motivational speakers and authors. The defense contends, supported by dozens of letters from Ray proponents, that despite the tragedy, he is an asset to society, and probation is the most appropriate sentence.