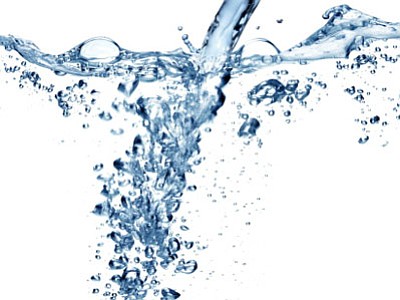 "We have one well out of service with a bad motor," Neil Wadsworth, utility director for the Town of Prescott Valley, said Monday afternoon. "We were in the process of getting that motor replaced at the beginning of last week."

Wadsworth said they are still troubleshooting what led to the malfunction of the second well.

"We've never had both wells malfunction at the same time before," Wadsworth said.

"We expect to have one well with the bad motor back up in two days," Wadsworth said. "We do have water in the tanks up there and we're hoping to stretch our resources those two days until the well is back up."

Until the town knows what happened to that second well, they won't know when it will be running again, Wadsworth said.

The Town notes that this is an isolated water challenge for the Mingus West Subdivision and the Yavapai County Fairgrounds only, Judy said. About 300 to 400 people in the Mingus West subdivision and at the Yavapai County Fairgrounds are affected by the wells' malfunction, but the rest of the 44,000 customers in town are unaffected, Wadsworth said.

Prescott Valley is asking customers to conserve water so it is available for critical uses including health and safety. Residents are restricted to water consumption for indoor use only, Vice Mayor Patty Lasker said Monday.

"We're asking people in those areas to not do any outside irrigation or wash their cars and to cut back on their indoor water use," Wadsworth said.

The town will distribute potable water to residents and businesses until the situation is resolved.

"We have a trailer parked at the corner of Shiloh and Trigger roads where residents can get drinking water," Wadsworth said. "We also have a water truck at the location with non-potable water that people can bring 5 gallon containers to get water for other types of use for example for flushing toilets."

These trucks are there in case of an emergency, but Wadsworth said he believes people will be able to extend the water they have available and he doesn't believe the water trucks will be necessary.